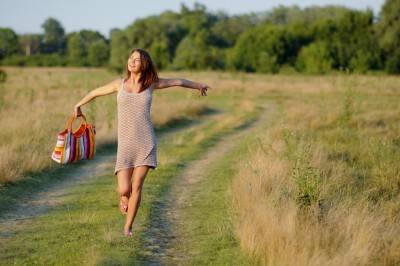 “As our broadband speeds up and our phones get smarter, some matters regarding our health get overlooked — especially our mental health. Tablets and smart phones have made it more convenient to be connected, but a large number of people still feel disconnected. Fortunately, the Internet also has allowed people to explore the possibilities of trying complementary therapies such as acupuncture.

Acupuncture is an ancient form of traditional Chinese medicine. It works on the principle of stimulating points in the body to correct imbalances in the flow of energy (Qi) through channels known as meridians. This belief is based on the interaction of the five elements (wood, fire, earth, metal and water) and having profound effects on internal organs, which are either yin or yang.

Traditional Chinese medicine also recognizes the mind and body interacting as one, meaning that emotions have a physiological effect on the body. Five emotions are represented by the five elements:

Western medical practitioners traditionally have questioned the validity of traditional Chinese medicines such as acupuncture. More recently, acupuncture has been recognized as a legitimate treatment for some conditions and is growing in popularity.

Anxiety is one of the most common mental illnesses worldwide. Many people suffer some form of anxiety occasionally but others cannot manage this natural response to a stressful situation. When a person experiences a highly stressful or threatening scenario, the mind can be overloaded and fail to develop ways of coping.

Although the symptoms can be as manageable as an ominous feeling in the pit of the stomach, some suffer much worse. Anxiety can trigger the following responses:
•physical, such as an irregular heartbeat
•cognitive, which can cause negative thoughts
•behavioral, which may include uncharacteristic aggression or restlessness
•emotional, such as fear.

There are a variety of causes of anxiety; all have different treatments. A person’s personality, behavior or thinking style can cause them to be more susceptible to anxiety. Research has proven it also can be hereditary. Biochemical factors such as a chemical imbalance in the brain also has been proven to cause anxiety.

Traditional Chinese medicine relates anxiety to an imbalance of the heart and kidney. Fire represents the heart and joy according to the five elements. The diagnosis is that too much heat in the heart will imbalance the interaction with the kidney (represented as water and fear). This will result in the water organ failing to contain the fire organ rising up to the mind, leading to anxiety. Acupuncture on points around the heart, kidney, spleen and ear are used to treat anxiety.

In a comprehensive literature review appearing in a recent edition of CNS Neuroscience and Therapeutics, it was proved that acupuncture is comparable to cognitive-behavioral therapy (CBT), which psychologists commonly use to treat anxiety (Errington-Evans, 2011). Another study published in the Journal of Endocrinology in March 2013 discovered stress hormones were lower in rats after receiving electric acupuncture (Eshkevari, Permaul and Mulroney, 2013).

It is estimated that approximately one in five people will experience clinical depression at least once in their lifetime. Although it is natural to feel sad and down at times, especially after experiencing loss, these slight effects can be managed with gradual lifestyle adjustments. Clinical depression, however, refers to a long-lasting and intense emotional, physical and cognitive state that greatly affects day-to-day life. Symptoms include:
•Loss of positive associations and sense of achievement (lack of interest in normally pleasurable activities)
•Negative thoughts (often worrying about the future)
•Irritability, agitation and exhaustion
•Changes in sleeping patterns (too much or too little)
•Hopelessness (feeling trapped or suicidal)

The causes of depression are known to be similar to the causes of anxiety. It is traditionally treated with antidepressant medication, psychological methods or a combination of both.

Depression is considered to be a problem with circulating Qi around your body, according to traditional Chinese beliefs. The main organ responsible for circulating Qi is recognized as the liver with the heart and spleen playing supporting roles. The most common acupuncture treatment used to increase the flow of Qi is known as The Four Gates. This involves stimulating source points on both hands between the thumb and index finger and both feet between the big toe and second toe.

Anxiety and depression remain two of the most common mental disorders worldwide. As further research continues, acupuncture and other forms of complementary therapies are gradually being proved to be legitimate treatments for anxiety, depression and other illnesses. Perhaps more important than anything for our health is varying our lifestyles by trying alternative therapies, including exercise, yoga and meditation. It is important, however, to always get a second opinion and consult a doctor any time complementary therapies are tried.” 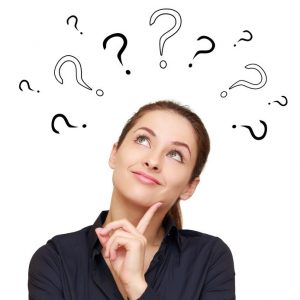