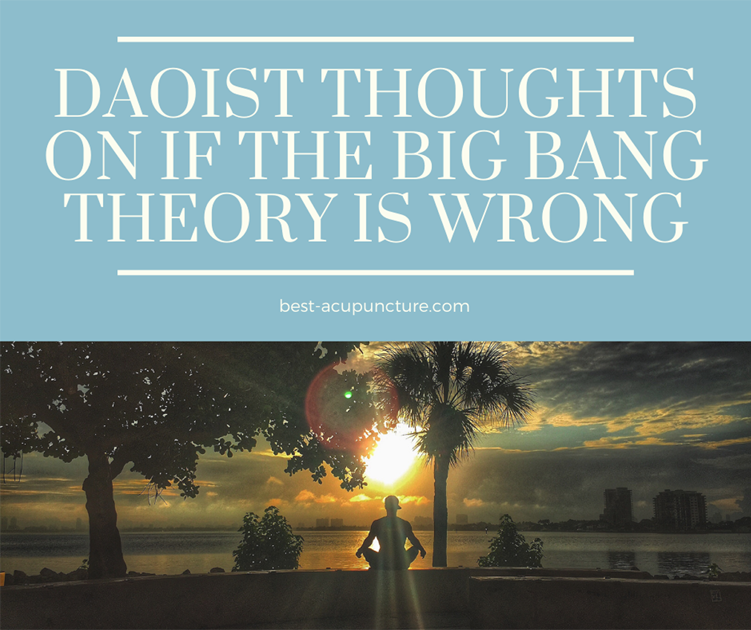 You know, it’s always bothered me…the big bang theory. Because I practice Chinese Medicine and Daoism, it has been my Daoist thoughts on Big Bang Theory that have bothered me. Suddenly, out of nothingness, there was this massive explosion, and everything came to be.

The explosion was not the first part that bothered me. The part that was bugging me is the ever-expanding Universe. The Universe isn’t retracting or receding, ever. It has always been expanding. From its inception, it has only grown. That is what has bothered me.

Some real-life examples of how both yin and yang are needed would be breathing. Breathing is a yin and yang exercise where the exhale is more yin, and the inhale is more yang. In order to survive, you need both. The minute you have one without the other, you’re dead. So, without both inhalation and exhalation, life does not exist.

That is the part of the big bang theory that has been bothering me. Right now, it appears there aren’t two: expanding and contracting. Instead, there is only one: expanding.

That has had me burning out some brain cells thinking and meditating about this. A couple of things finally came to me. Let’s talk a little more about Daoism and the theory.

The Dao is one, and out of the one, two is created. And with the two, you have life. The two are yin and yang, the polar opposites that allow life to flourish like your breath and like day and night. I have an episode on Yin on Yang theory on my Youtube channel called: The Power of Yin & Yang, Pt. 1 – the Creation of Life. It goes into this in more detail.

That would mean, from the start, the Universe has only been a Yin event. If everything has been a yin event, then life could not exist. Yet, in Yin/Yang theory, each expansion must be paired with a contraction if you want life.

That made me think about the Dao, nothingness, and space.

The Big Bang had to be the contraction. Instead of an explosion outward, it was a huge, enormous, massive contraction inwards. It wasn’t created in violence. It was created in silence. Like a colossal breath inwards, all of the nothingness was pulled inwards with intention, and that contraction made nothingness so small, it suddenly appeared. It was almost like a blip on the radar. One minute it isn’t there, and the next minute it is.

If the Big Bang was a contraction, that made the expanding nature of the Universe more plausible.

But for now, the Universe is moving with Yin energetics. The more something expands, the more space comes between particles. From chemistry, you can start to fathom how small things can be. At some point and time, can things expand enough to become nothingness once again? That seems like the only logical ending of constant expansion…nothingness.

At the end of that expansion, will there be another massive contraction as the Universe recreates itself in a never-ending cycle of yin and yang?