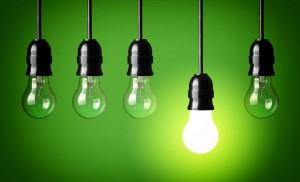 “The river does not tremble in fear as it spills itself into the vast and wonderous ocean. It thinks nothing of it, for it knows it is of it” – Mary Coudron

The Naming of Acupuncture Points

In Traditional Chinese Medicine, there are approximately 360 points.

Besides the naming conventions, groups of points are combined by common themes or categories. One of the categories is the “Transport Points”. Similar to understanding counting in order to understand addition, the transport points are a foundational step to higher learning in Chinese Medicine. Part of that understanding is knowing the energy of the point and how the points are positioned on the meridians.

What makes learning these points a bit easier is the information is consistent on each meridian. The five transporting (shu) points are referred to as follows: Jing (Well) , Ying (Spring) , Shu (Stream) , Jing (River) and He (Sea). Each one of the “twelve regular” meridians have these points, and they are located below the elbows or knees. The Five Transporting (Shu) points start at the tip of the four limbs and continue all the way to the elbows or knees. Thus, the Well points is the first point on the meridian at the tip of the finger or the toe. Then, the rest of the transport points follow in the same order. It starts with the Well on the tip, then there is a spring which bubbles forth and the water from the spring trickles into a stream. The stream feeds a river and the river goes to the sea (ocean in modern times).

Each of the transport point defines the qi at the point.

The Transport Points and the Elements

The meridians also give definition to the transport points. Twelve organs in the body are identified as either a yin or a yang organ. Each organ is associated with a meridian and the points lie along the meridian. The six yin meridians are:

The six yang meridians are:

Each meridian has five transport points and each transport point is associated with an element. The elements are different on the yin meridians versus the yang meridians.

On the yin meridians, the Jing Well is a wood element. The Ying Spring is a fire element. The Shu Stream is an earth element. the Jing River is a metal element, and the He Sea is a water element.

On the yang meridians, the Jing Well is a metal element. The Ying Spring is water. The Shu Stream is a wood element. The Jing River is a fire element, and the He Sea is an earth element. 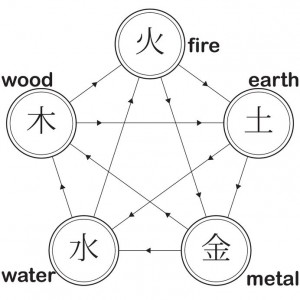 Why Different Elements for Yin versus Yang Meridians?

Why do the yin meridians start with the wood element and the yang meridians start with the metal element. It’s the theory in Classical Chinese Medicine. The element Metal is associated with one of the Five Spirits and the lungs in Classical Chinese thought. The spirit is called the Po. In order to have a physical body, the energy of heaven enters the lungs through your inhales. So, the yang energy of heaven only enters the body through the lungs.  And the Po?  Well, the Po is the physical body. It’s what you leave behind when you pass away. So, the yang transport points start with yang coming into the body.

To get some broader ideas, there are a few episodes that touch on Classical Chinese thought and how it relates to living. In the episode, “Discover the Everyday Health Benefits of Infrared Saunas & Why Saunas are Good For You,” it identifies the major theme of yin and yang. The major theme of yin is growth. The major theme of yang is movement. The episode, “Discover the 8 Extraordinary Vessels & The History of Ming Men,” goes into more depth on the taiji. You can get more information on yin and yang and the taiji in the episode, “The Power of Yin & Yang, Pt. 1 – the Creation of Life.” Between those three episodes, you will get a good idea of the “why” of it.

The taiji symbol is the ever-evolving energetics of life. It’s the polar opposite that is necessary for the creation of life. The symbolism associated with the element of wood is growth and the Spirit associated with the element wood is the Hun. The Hun represents that spirit that goes back to the Dao when you die. The Hun is the spirit that is always with you. So, the Hun and the Po are polar opposites, the yin and yang of the spiritual life. They become the taiji  of your spiritual body.

Although I haven’t done an episode on the Five Spirits, there are two episodes on my Youtube channel that start to touch on them, “How to Find Presence in Challenging Times,” and “Five Lights of Illumination from Ancient Chinese Medical Texts.”