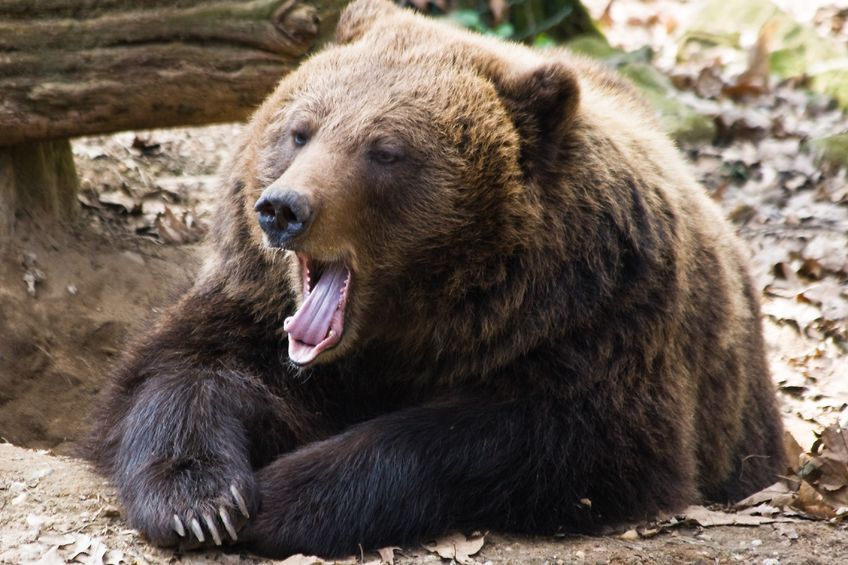 One of the most divisive issues in the US since 2013 has been GMO labeling of foods.

GMO’s, Genetically Modified Organism, refers to an organism whose DNA has been altered by injecting DNA from an unrelated organism/species. GMO’s happen through human interaction and have been at the forefront of an international debate. In the US, the argument over labeling is not between neighbors or citizens, the argument is between the citizens and industry.

The two organizations which have placed themselves in public opinion crosshairs are: Monsanto and Grocery Manufacturers Association.

Monsanto gained notoriety in the GMO debate after their introduction of herbicide-immune soybeans in 1995, called “Round-Up-Ready” . By 1997, Monsanto was filing federal lawsuits against average farmers forcing them to use their seed, bankrupting many farmers.

Their image was further tarnished with the re-surfacing of environmental issues with the use of Round-Up. The most recent of these issues is Round-Up and its relation to cancer in humans. The World Health Organization reviewed studies and came to the conclusion that it was highly probable Round-Up causes cancer in humans. And finally, as Monsanto’s GMO seed started contaminating natural fields, our ability to export the crops were impacted .

By the time GMO labeling initiatives started showing up on state ballots in 2013, the debate was just starting to gain momentum. The general public was aware of a cause of concern with GMO crops, but maybe not what that meant. So, let’s bring it back to Washington State because Washington State is where my opinion was formed and changed.

In 2013, Washington State presented an initiative to the people requesting GMO labeling on foods. I am for GMO labeling because it just makes sense. Why wouldn’t you want to know if you’re food used GMO’s? I couldn’t figure out why I wouldn’t want to know that. I thought, as a state and nation, we were having an informed discussion on GMO labeling.

I read through the proposed initiative. It just really didn’t appear well thought out and seemed to me that the initiative would end up spending more time fighting about what it is and isn’t versus labeling GMO foods. So, I voted against it. Granted, I wasn’t as well informed as I thought I was when reading through the proposal . The initiative failed by a slim margin.

Than Vermont happened. In April 2014 Vermont State Legislature passed a GMO labeling bill . “Wow”, I thought to myself, “Great, Vermont must have passed a better thought out bill than we did. Good for them. Maybe we can learn from them.”

By June 2014, Grocery Manufacturers Association had filed lawsuit in Federal Court to stop the bill .

It is estimated that over 90% of the public believes we should label GMO’s and Vermont was able to put together legislation that worked. Instead of letting democracy happen, industry was going to use their financial clout to make things happen the way they wanted things to happen. What an old tired statement that is: Democracy, it’s about how much you can afford.

Being me, I just HAD to read the filing. It’s when I got to this part that I got mad:

“The proscriptions in Act 120 are beyond Vermont’s power to enact. The state is compelling manufacturers to convey messages they don’t want to convey, and prohibiting manufacturers from describing their products in terms of their choosing….”

WHAT? Seriously, did they just put that in a legal filing? It’s like saying, “Farts! Smells great!” Instead of having to say, “Farts, contains methane gas that may be offensive to some.” What happened to accuracy in advertising?

Right behind Vermont, Oregon voted for a GMO free zone in 2014. Alfalfa is a huge export crop in the Pacific Northwest and just recently crops have been refused due to cross contamination of Monsanto’s latest genetically modified crop: Alfalfa in 2005.

Monsanto immediately filed suit in federal court to ban the free zone. Weird that they would be so upset with the cross contamination issue since that was the grounds they used to sue 147 farmers.

These two cases really changed the way I looked at GMO labeling. In both cases, the federal courts upheld the democratic process and Monsanto and the Grocery Manufacturers Association lost in early 2015.

Both organizations were just doing business as usual. Almost 20 years had passed since they first experienced the success of using the judicial system to extend market share. In 1997, people did not find out about the Monsanto lawsuits for more than a decade and by that time the damage was done. Legal precedence had been set and confirmed.

And here is what I learned from the Vermont situation. The internet was changing behavior. By filing these two lawsuits, Monsanto and Grocery Manufacturers Association did more to sway public opinion against them than 20 years of grass root efforts. In two years, one corporation and one lobbying association was going to change support of GMO labeling just by doing business as usual.

With these lawsuits, the first thing I realized about GMO labeling was that I was not well informed. The “thoughtful discussion” I thought we were having was smoke and mirrors. Because of the industry backlash on Vermont and Oregon, I believed there had to be something seriously wrong with GMO’s, and I must have been duped by the media hype that preceded the elections. I definitely bought into the “poorly written” aspect of the message. I definitely did not understand the severity of the food safety concerns or that the European Union already labels GMO’s.

The second thing that happened was I changed my behavior. First, I began to believe that the food industry was not a trusted source. I had already seen enough documentaries on factory farming, red slim, etc. to know my meat sources were toxic. Now, I had enough information to realize my package foods were equally toxic.

In our house, we switched from buying meats in grocery stores to buying locally raised meats. We buy local eggs. We buy vegetables and use the farmer’s markets as much as possible. We are working at putting in a garden. We check to make sure we are buying locally sourced vegetables and not something imported from 1500 miles away.

Now, we are not 100%, and I still buy processed foods like potato chips! Yeah! And now I can buy Pepperidge Farm cookies and still say I’m supporting the right message.

The next change was political. The actions by Grocery Manufacturers and Monsanto appeared to quantify which of our public representatives were for sale. With over 90% of the voting population for labeling, significantly less than 10% of our representatives should be against GMO labeling. I donated to pro-labeling groups. Over the past two years I’ve been pretty active emailing my State and Federal representatives in support of labeling.

In 2014, two members of the Washington State House of Representatives floated an idea to ban GMO labeling in the State of Washington. I bring up Mr. Orcutt as he represents my district and shows a preference for industry backed legislation. Ed Orcutt out of Kalama was one of the supporters who also received campaign contributions from the Grocery Manufacturers Association. Mr. Orcutt has also come out in support of HB1104, the Ag-Gag legislation pending. Similar legislation by other states has found Ag-Gag laws to be unconstitutional in Federal Court .

In April of 2014 in our U.S. House of Representatives, Kansas Republican representative Mike Pompeo introduced legislation to ban any state or federal action requiring GMO labeling of foods . The legislation, HR 1599, has been lovingly christened the DARK Act, Deny Americans the Right to Know. You’ll find Grocery Manufacturers Association as a campaign contributor to Mr. Pompeo. His largest campaign contributors are the Koch brothers.

Then, in December of 2015, Congress floundered with the Federal Spending Bill, and once again was risking government shut-down. It is estimated that Anti-labeling lobbying groups spent in excess of $75 million trying to get a rider attached to our Federal Spending budget to block any federal or state legislation requiring GMO labeling.

Coca-Cola, PepsiCo, Kellogg, Kraft Heinz Co., Land ‘O Lakes, and General Mills spent over $18 million in 2015 lobbying for Anti-GMO labeling laws. Since 2013, it is estimated that these six companies have spent over $59.4 million lobbying . Grocery Manufacturers Associations filed paperwork indicating they have spent over $7.4 million in 2015 for Anti-labeling lobbying. (Crazy, that was $25 million dollars that was up for grabs in 2015 to the highest bidder.)

In the end, Congress kept the Anti-GMO labeling rider out of the spending bill. They did include language to allow the FDA to develop guidelines for mandatory labeling of GMO salmon .

So, where we are right now: Vermont, Oregon and a couple other states are moving forward with democratically chosen GMO legislation. Campbell’s Soup came out the other day stating that they are going to start GMO labeling of all their foods. Campbell’s also indicated that they would withdraw all support of organizations fighting for Anti-labeling laws. The big win here is that I can now justify my purchase of Pepperidge farm cookies and defer my dollars away from Nestles Toll House Cookies.

Although industry support for Anti-GMO labelling laws is starting to wan, it isn’t over. This issue has been divisive and also has been effective in changing our perception of our representatives. The issue appeared to quantified representatives that could be purchased. The issue also has been surprisingly transformative by escalating mistrust of the food industry and mobilizing the average American to take action.

The mobilization of the population probably would not have happened if it wasn’t for the very public actions of Grocery Manufacturers Association and Monsanto use of federal lawsuits. The internet was what made the federal lawsuit filings public. In fact, the day after the Grocery Manufacturers Association filed lawsuit, I knew about. The information was in so many places on the internet, it was impossible to miss. Unlike 1995 when Monsanto was able to introduce their Round-up-ready soybeans and two years later began suing the small farmers with little or no publicity, this time there was an enormous amount of real time publicity.

And here is what I learned from Vermont: the internet has changed how we do politics. We might not do ballots or snail mail, but we certainly do the internet. The last issue to receive this type of support was Net Neutrality, the legislation to ensure fair and open access to everyone. If you think about it, how many of us heard about these lawsuits on televised media or in the papers? Whatever the internet is going to become in US politics, it is maturing quickly and lays like a sleeping bear. I’m reminded of the saying, “Don’t poke the bear.” I’m sure industry is going to take some hard lessons from this initiative and in a year or so, we’ll start seeing this as a case in our college level business classes.

In the meantime, I’m going to sit down and have one of my favorite Pepperidge Farm cookies. Then I think I might write to one of my representatives.

To see more information on how industry works to control what is communicated check out my video on Food Sensitivities and Intolerances: what it is and how it is tested
—–
History of Genetically Modified Foods, January 10, 2016, http://www.globalchange.umich.edu/globalchange2/current/workspace/sect008/s8g5/history.htm