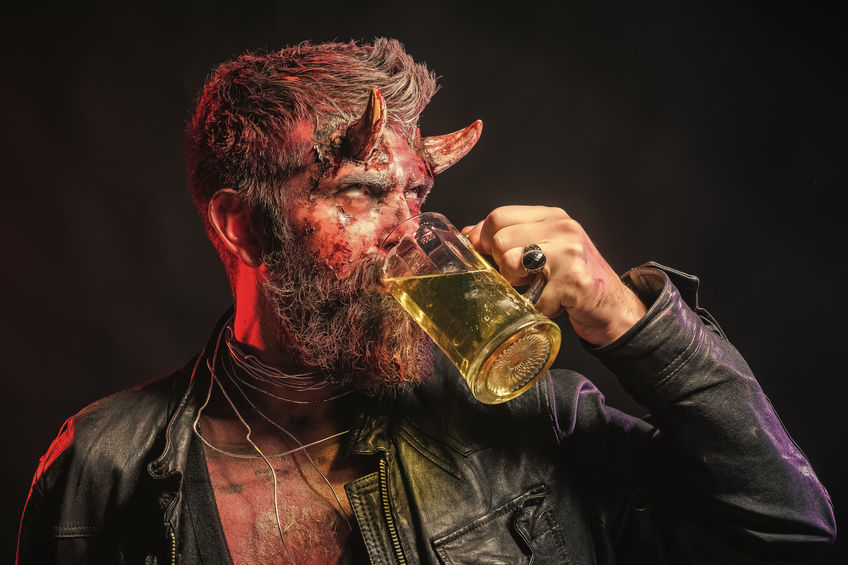 WARNING: SPOILER ALERT! If you haven’t binge watched the new Dracula series on Netflix, this is a spoiler on the ending.

So, I focus on helping people live the life the want to live instead of living the life they were taught to live. Not an easy thing to do especially when your internal chatter keeps telling you negative stories about who you are.

I think I was lucky to find Classical Chinese Medicine. Or maybe I was suppose to find it. I remember way back in the ‘70’s wanting to be a Classical Chinese practitioner. So, maybe it was my destiny. It was through Chinese Medicine, I was finally able to find a way to set down the demons of your internal chatter. Not just teach you tools to try and manage your response, but to allow you to stop having that response all together. To forget it ever happened. To enable you to cross the river of Lethe one more time.

For some, it is not a choice. There is an underlying drive forcing you to search for a different way of living. What traps you in the current way of living is time and persistence. If your anchors to this life are established by the time your are 5, well think how old you are and how much time you’ve been practicing these anchors.

That also means you may have surrounded yourself with other people who have similar anchors to you. Family units can be a strong example of this. Asking for change inside a family unit is difficult because people don’t like being confronted with change. Because when you are confronted with change, you face certain truths about yourself.

If someone is not ready for change, they will use everything at their disposal to avoid facing changing. They will push back and sometimes aggressively.

That is the nature of change. When you are changing, everyone around you is impacted by your change. How do you maintain your path to a better life when so many people are pushing you to stay in your box? That is the power of Chinese Medicine and the concept of buddha.

HERE IS THE SPOILER PART!

I really liked the new Dracula series on Netflix. The story was the same story I’ve seen in every Dracula movie with a twist. There was a 20th century human side given to Dracula. That 20th century unbalance and confusion many are facing with the sheer volume of issues and the speed of time.

In the end, it turned into a sort of Grimm Fairy tale highlighting key lessons from Daoism….

I hear ya! Really! I obviously have too much time on my hands.

But when you talk about the “deve” who are a superior race with these super human gifts and these transcendence abilities, Count Dracula is an amazing story of self-actualization lost in a free fall of despair, finally facing themselves and rising again.

I especially like Episode 3 where Count Dracula has made it into the 20th century and has taken hostage a 20th century host in her house. The house is a mess of discarded consumerism and the homeowner reflects the house is a dump.

But, Count Dracula says, “I’m assuming you have staff. You are clearly very wealthy…look at all this stuff. All this food. The moving picture box. And that thing outside, Bob calls it, um , a car. Is that yours? And this, this treasure trove is your house…never have I stood in greater luxury than surrounds me now.”

Wow, huh? What a realistic impression a person from a different century would have. I forget how very comfortable existence is today. That one scene brought it back. For Dracula, not only the house, but the whole 20th century world was a treasure trove of insatiable desires. And like Count Dracula, many today are on an endless search for insatiable comforts.

The drive is a distraction. and we use distractions every day to avoid facing something concerning our  interaction with the world. Food is the most common choice for distraction. How many people do you know who search for the ice cream in the middle of the night and can eat a whole quart?  In Chinese Medicine, you can stuff your emotions by eating things like ice cream which is damp producing. Damp, like a muffler, muffles the emotions.

Very similar to what happens today when someone is faced with change and is not ready to change. They become very aggressive, covetous, and tormenting of what presents change.

What I found amazing in this series, is faced with the truth, Count Dracula accepts the answer and is finally able to do what he has feared the most. Well, in the language of the deve, he was one of the few that was able to face himself and gain compassion…self-compassion.

Every journey starts with one step. I challenge you to start practicing a rule of 5 positives to 1 negative. Practice on others and then practice on yourself. I say this because if you strongly critize yourself, it will be very difficult for you to find your own self beauty. Yet, you can really push yourself and see these things in others.

Find something positive even if it is how they brushed their hair today or how they helped clear dishes after dinner. Whatever it is, acknowledge it. When you get some skills at this, then start practicing on yourself.

You have something important to offer this world. It’s a whole lot easier to find when you are on your side.