What is the Value of Nothing

Have you ever wondered what is the value of nothing?

Me neither. Until tonight. 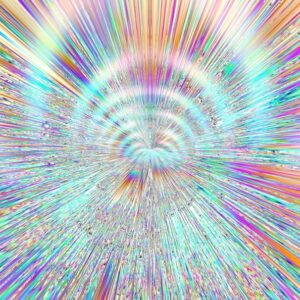 I never wondered about it until tonight when I was working on my meditation. I found it a little disturbing how I could feel the emotions mapped throughout my body. I was probably finding it upsetting because I thought I had meditated through these emotions.

But as I sat practicing looking into the void, I could feel different emotions rising. Emotions that I didn’t even know I had. Emotions trapped. Stuffed deep inside and forgotten. Yet, even though I had forgotten them, they had not forgotten me, and they responded to the world.

They influenced my reactions to the world. I didn’t understand why they elicited a specific response because I hadn’t the slightest idea why I had stuffed that emotion in the first place.

WHAT COMES FROM TRAUMA

As I acknowledged these emotions (and you can imagine, because I had stuffed it, the feeling wasn’t pleasant), I realized something essential about nothing. There was a reason to meditate on nothing.

I’ve always identified myself as a physical human with emotions. Emotions are energy. The truth is, I am energy in a physical body. Every one of the 6 billion individuals on this planet is a big bag of energy attached to a physical body.

Each of these 6 billion people walks through life, reacting to situations and throwing their energy around. Every emotion and every movement starts from energy. If this energy is knotted up or kinked, it comes out and into the world in that knotted, kinked way.

It comes out as jealousy, anger, hostility, greed, pride, lust, judgment, or laziness. These emotions are ways people differentiate or justify separating themselves from others. These emotions enable you to harm someone else through gossip, arrogance, insecurity, and a lot of different ways.

Traumas from your life create trapped emotions that have you dancing like a puppet on a string. The mind reacts to situations with the uncontrolled emotional maturity of a child.

THE FASCINATION OF NEW YORK CITY 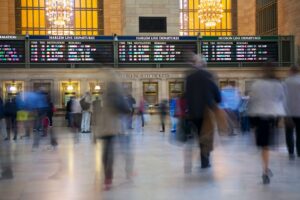 My friend and I climbed into the subway car. Only one seat was left. I sat as my friend stood next to me. There were so many people in that car butted up right next to each other, sitting shoulder to shoulder. No one was talking, and even though they were sitting right across from each other, no one was making eye contact… except me.

I didn’t know where to look. In rural Minnesota, we looked at each other. I looked at each individual and was surprised to realize I couldn’t figure out if they were angry or sad or happy or anything at all. They were perfectly contained. Years of riding that subway taught them how to contain their emotions and not dump their energy on everyone around them. That made sense. It was quite a tight space. To have every one of them puking their emotions all over would have caused chaos.

Instead, only my friend and I were dumping our energy all over the place. Every once in a while, someone would look up at me as they could feel my presence invading their space. And each of them, when they saw me, acknowledged me as a parent would a child, with patience and amusement as they realized this one was too young to know what they were doing.

EDUCATION OF THE MIND 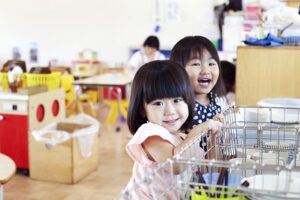 Most of us spend a minimum of 12 years in school just learning the technical skills to survive in the world. The mind, which controls your life’s whole direction, has been forgotten. The mind is only given the task of memorization. Its participation in your beliefs, actions, and reactions has been ignored.

For me, it wasn’t until I started meditating and started focusing on nothing that I became aware of the significance of focusing on nothing. I didn’t focus on my breathing or some relaxing place or counting backward. I focused on nothing, and every time my mind started to wander, I would stop myself and drag my mind, kicking and screaming, back to nothing. It seemed like my mind was deep in ADHD. It wasn’t.

My mind had never been asked to sit still. In my years, I never asked my mind to sit still. Now, asking my mind this question seemed more like my mind was using every excuse it could to avoid the situation. It was the child engaged in all the colorful and dramatic things in life, creating mischief where none existed.

And that was the value of nothing. The value of nothing is coming to grips with the many and varied emotions that travel throughout your body. Nothing realizes these emotions create the stage for you to play on. They are not real except to you.

I’ve heard some say you can not meditate on nothing. That may be true. But by asking your mind to focus on nothing, you can find everything.