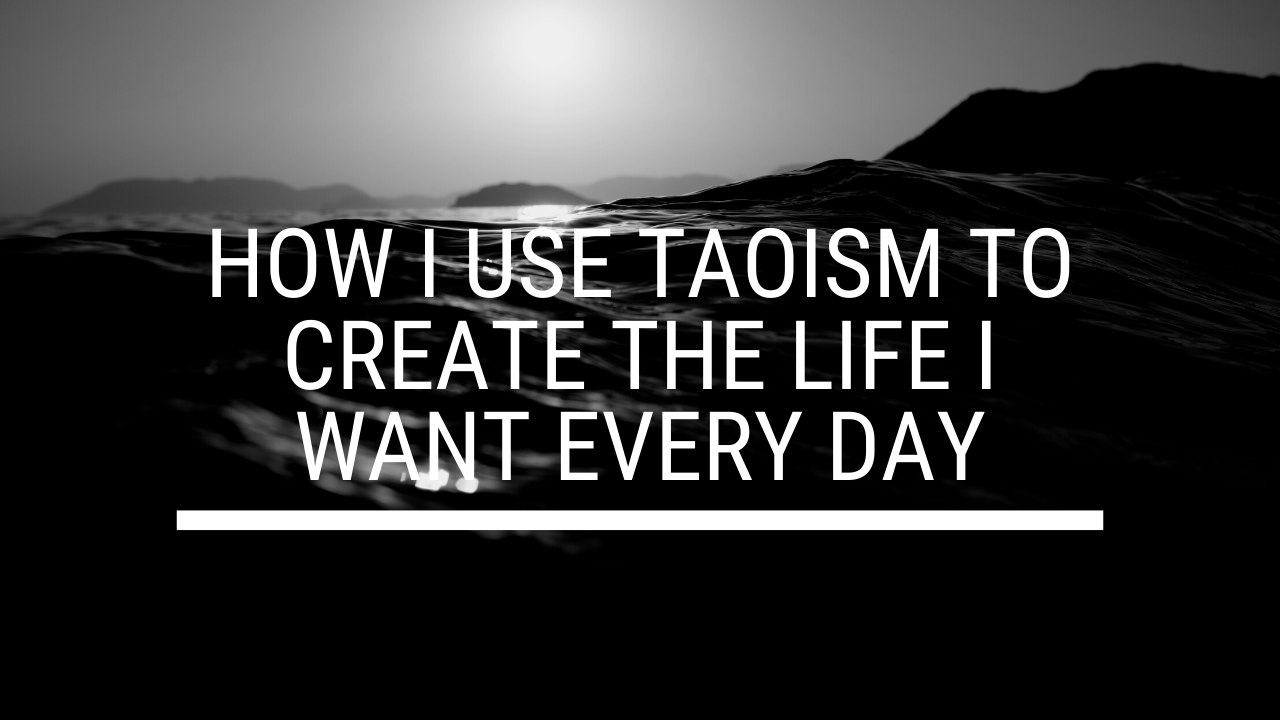 For me, one of the most substantial parts of Taoism is the effort to disengage while still participating in life. If I look at every spiritual leader each of them participated in the world with an opinion of right and wrong. Even the Pope consistently takes stances. What it means to “not engage” is to stop reacting to the world. Sure, you can think things are right or wrong, yet the reactions on Social media and our personal lives have taken a whole new turn of hostility and aggression.

I was working in Puerto Rico during one of their elections. It was crazy. The country has a 95% participation rate in elections versus about 50% in the United States. Everyone had an opinion. It was terrific listening to them talk about their stances. They would talk about their reasons for supporting one candidate over another. I never saw one of these discussions turn into a name-calling, stone-throwing brawl. They were out on the streets with cars revved, voices cheering, crowds gathering interacting with each other. It was very different.

Here’s the thing about this year. Last year I was a perfectly reasonable, highly educated, individual running a business. This year, I turned into a hot, angry, sweaty mess, spewing conspiracy theories. I got caught up in the hype.

I was sitting at my computer, amid social distancing, and internet chatting with friends. I was getting ready to type out the latest conspiracy theory when I caught myself. Who knows how that happened. The energetics of this year has been so overwhelming. The forced social distancing, additional responsibilities, and economic issues have pumped up the volume on our stress making it difficult to remain emotionally balanced.

But, I saw my crazy participation. I took a breath, paused for the cause, and backed away. It was like backing away from a bear. You see the bear, and you know the bear saw you. And you start backing up calmly, no sudden moves, just back away.

In the meantime, here are some thoughts from Taoism on staying grounded and not caught in the fray,

The first thing Taoism gave me was a goal. It helped identify what a peaceful existence could be. And again, that doesn’t mean not participating. It means staying emotionally balanced even during charged interactions. It meant being so solid in who I am, that I don’t falter when presented with adversity or disruption or confusion. It meant understanding human nature so well that I could understand a person’s reaction to a situation and accept that.

You know, our kids start as a baby and grow up. They learn more and more lessons on what it means to be human and to participate in this world. Do you remember learning to tie your shoes? How complicated was that? It took me a few times to get that right, and then I would forget and would need help again. Yet, as the adult, you can understand where your kids are in their learning and can accept that and continue to help them until they get it on their own.

That’s compassion. That’s the second thing Taoism has taught me, compassion. Compassion is understanding and acceptance. I don’t know if you can get to compassion without these two items. I look at all the fantastic people I know in my life, all the compassionate people, and each of them has a healthy spiritual practice. The first genuinely compassionate people I met were Nazarenes. I spent time watching them, being around them. I wanted to understand how they became so kind. It was their spirituality that took them to that place, a belief in something more than themselves.

I bet you wouldn’t guess this, but I watch gaming channels because they can be such a great distraction. One of the channels on Youtube I like is HRBSFrank. The channel does story-line games. You can unplug and watch a terrific story. I think what surprised me the most was how thoughtful these stories are. The people putting these stories together all have something to say, and all found a way to deliver their message through games.

But, when I talk about being human, there is one game on the channel called “Detroit, on becoming human” that touches on aspects of being human. It highlights the complexity of our emotions and our biases, which make disengaging difficult. This game brings home introspection into becoming human.

The third thing Taoism taught me is introspection. It’s introspection of everything including each emotion and feeling you experience. When you’re happy, when your sad when you’re angry, each time you experience an emotion, take time to think about it. Weigh it against your idea life and determine if that emotion promotes your concept of life or detracts from your idea existence.

Becoming aware of our emotions can be tough because we are so noisy. Everything going on in our head is just so loud. Practicing meditation to the point of being empty, blank, clear, without thought – the point where you are thinking about nothing and are completely present with all the sights and sounds around you allows you to understand the lack of reaction.

For me, just coming back from the stress that culminated in anxiety due to years as an at-home caregiver completely exhausted me. I’ve worked on my health for two years, and it took two years before my meditation was able to get to that point of emptiness. Even though I finally got there, it was impossible to stay for any length of time.

Before life happened, I could sit for 1/2 hour at a time in complete silence and bliss. The silence shows you how it feels when your emotions are not responding to the world around you. It makes it easier to identify when you are reacting.

The fourth thing is there is no right answer when it comes to living. If there were, we wouldn’t need environmental diversity to survive on this planet. Not everyone can be good at fixing cars because then no one would be growing food.

I genuinely wonder how life will work for the generation coming up through high school right now. All the programs and measuring we’ve implemented have created a whole generation that thinks they have to excel at everything. And they’re right.

I went back to the high school I had the privilege of attending as a teenager. I was impressed, and I was disheartened. I was so impressed with what they had become in the decades since I left school. It was the coolest thing to realize I had been part of it.

But, I was also disheartened at how kids were qualified to be members of the community. They had to excel at everything, academics, sports, extra-curricular activities, social justice, and volunteering. They had to be in every one of these categories. It was like a whole school of savants running around, and where is the diversity in that? I think about the game, “Detroit, becoming human.”

The problem with being a perfectionist is… you’re not. No one is. So, you’ve given yourself a goal you can’t attain. Which means you’re playing a game of never good enough. You’ll win the jackpot sometimes. But…environmental diversity! Everything plays a part. And perfectionists have been twisted up in everyone else’s idea of who they should be. A perfectionist doesn’t even know what they like anymore.

Probably my most challenging task was to learn a little self-compassion. If you can’t be compassionate with yourself, you can’t be kind to anyone else. Watch how you think and treat others because that is what you say to yourself every day. When you laugh at someone when they try to do something new probably means you refuse to try anything new, fearing the ridicule of not being perfect.

If you’re hanging around people who spend more time judging or criticizing others, laughing, or ridiculing others, you may need new friends.

But, if you’re a practicing or recovering perfectionist, learn to say good enough. I still have to do that all the time. I’ve spent two weeks writing and re-writing this. Left to my own devices, I’d probably wear out my keyboard writing this blog. At some point, give yourself a break and say, “Good enough.”